How ‘ordinary’ riders like me can fly the flag for mountain bike brands – and why I’m going to be an ambassador for Cotic bikes in 2017. 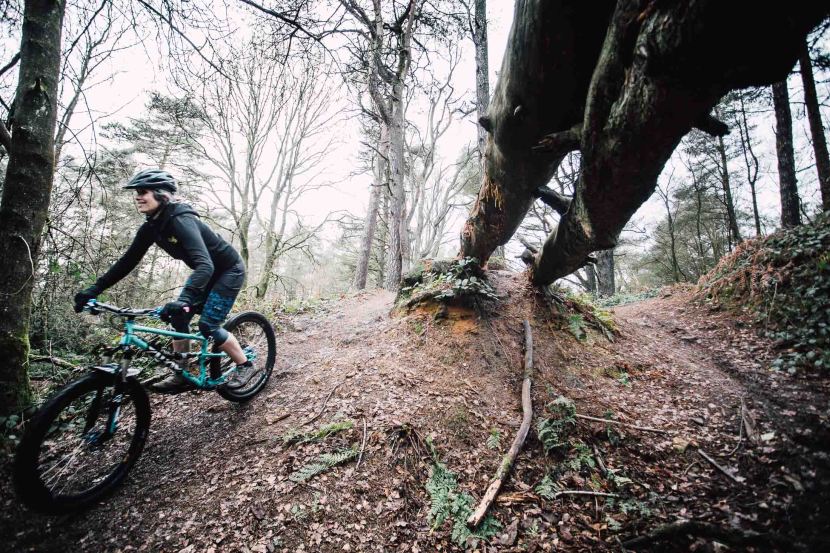 First ride in the Surrey Hills on my Cotic Flare

I’ll admit that I’m not the typical choice for a mountain bike ambassador. Unlike most ambassadors that are specific to mountain bike brands, I’m not a man. I’ve only ever won one mountain bike race (and that was distinctly local!). I’m not particularly brave nor exceptionally skilled at riding. I’ve never ridden across America, or Siberia, or even Surrey (which is where I live) for that matter. In fact the closest I have ever got to being an ambassador for anything before was handing round Ferro Rocher chocolates at an office party. Ha, ha.

Instead I am a journalist and a middle aged mum who happens to love riding my mountain bike. I also love talking about it – as well as issues that surround women’s cycling – on Twitter, Instagram and in the cycling press (and on this blog, of course). I’ve spoken about women’s cycling at the Cycle Show and Look Mum No Hands. I’ve been interviewed about women’s cycling by the Daily Telegraph and the Sunday Times. Happily, other riders seem to want to share in my experiences. Someone who knows about such things told me that I have become an ‘influencer’.

I’ve kind of made my own mtb trail of life, if you like, and its fantastic that Cotic want to come along for the ride.

It’s really exciting that Cotic are prepared to step off the very well worn path of conventional mtb marketing and have me on board (alongside an ambassador team of far more able riders, I hasten to add!). And I hope that what I lack in spectacular photos of me ‘getting air’ off the top of a kicker will be made up for with lots of relatable, inspiring, and entertaining insights into my ‘ordinary rider’ life. You juggle your rides in-between school runs, work deadlines and emptying the dishwasher ? I’m your girl.

A DAY OUT IN THE PEAK DISTRICT 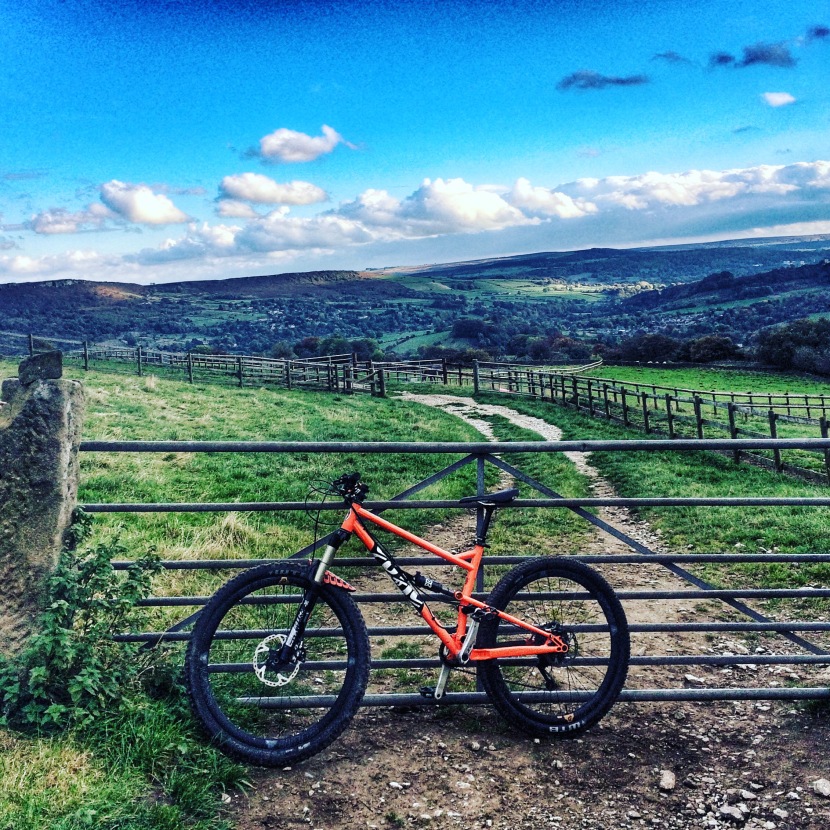 At the end of 2016 I was invited to meet Cy Turner and his team at Cotic HQ in the Peak District. Coincidentally this area already has special memories for me: I was born in Stoke on Trent and the Peak District was where my family would go on a Sunday to get out into the great outdoors, as well as into the tea rooms at Eyam (which is the village where the plague started, though that was way before our daytrips and the tea room, obv.). So, it was good to return and note that it really hadn’t changed that much.

I met with the guys from Cotic and over some very nice chips and a sandwich I discussed ‘the state of cycling’ until my food started to go cold, at which point I let Cy and Richard get a word in edgeways.  I also got to look round the factory (being a small British company, this doesn’t take too long) where the bikes are designed and built. And then, over a mug of Yorkshire Tea, we discussed a plan for 2017 – which is to just ride bikes and talk about it, basically. 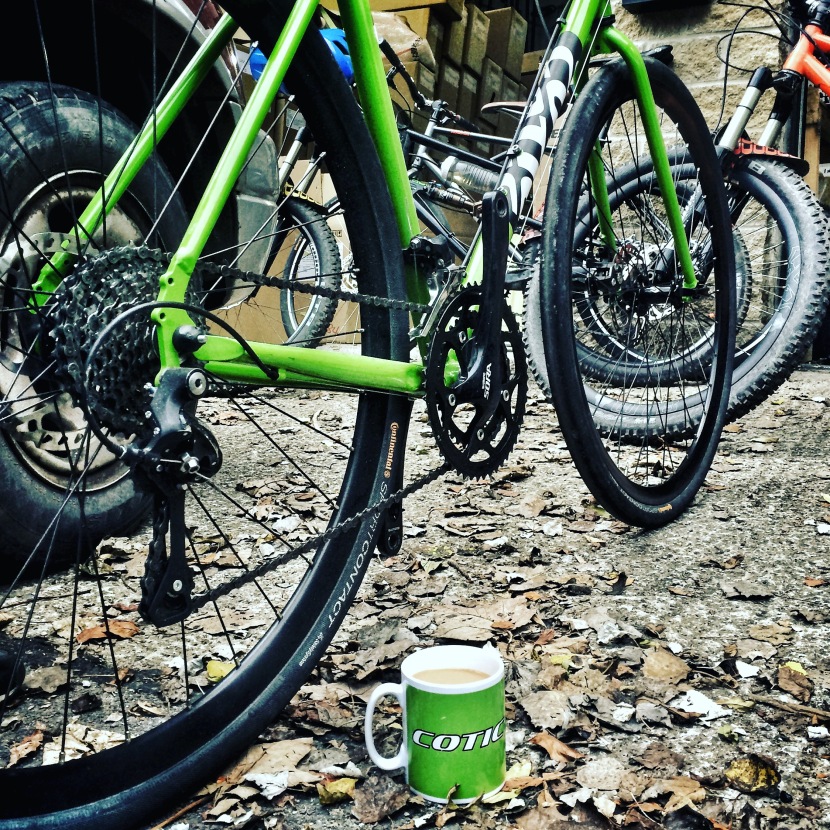 I also got to try the Cotic bikes that I would be riding in 2017 – the new Cotic Flare is a 650b steel trail bike with droplink suspension and 130mm travel, and the drop bar Cotic Escapade is a steel ‘life bike’ (more on that at a later date though). 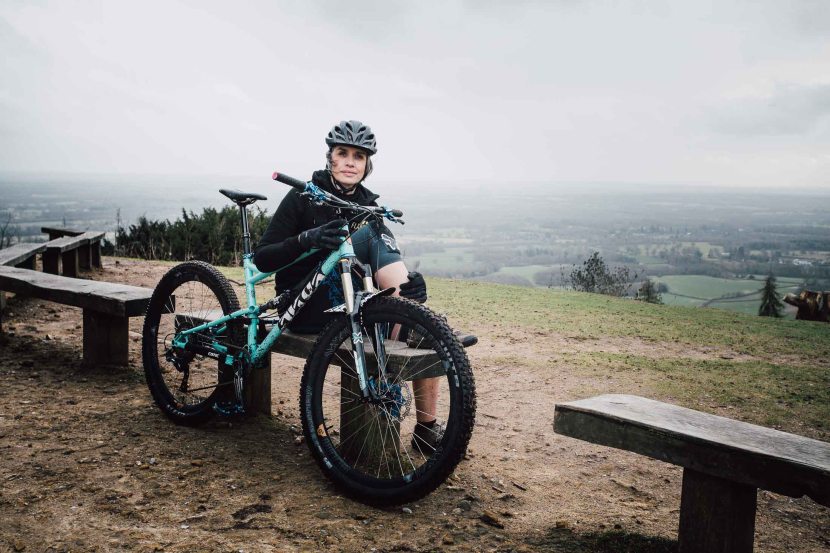 Fast forward to the first week of February and Cy and Richard drove down to the Surrey Hills to drop off the bikes. My new Flare is indeed a thing of beauty, having been custom built with some very ‘bling’  Hope components, X-Fusion forks, rear shock and dropper post,  Burgtec pedals , Joystick handlebars and stem, and WTB carbon wheels, tyres, Deva women-specific saddle and grips.  The lovely Hannah at Flare Clothing has also sent me a range of fantastic mtb gear to wear too (always super happy to get to try new women’s mtb clothes!).

I’ll let the pictures do the talking for now though, and look out for monthly updates here on my #gritandsteel journey as well as on Instagram. 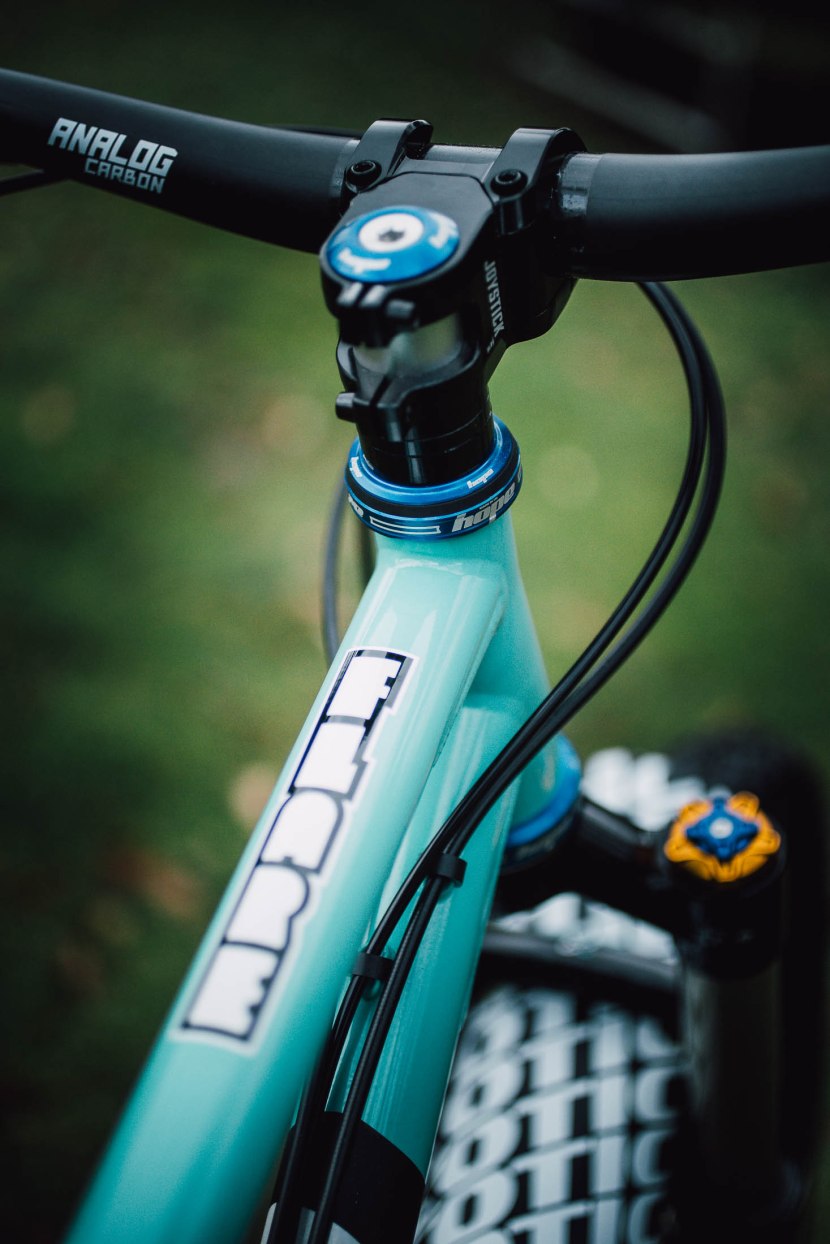 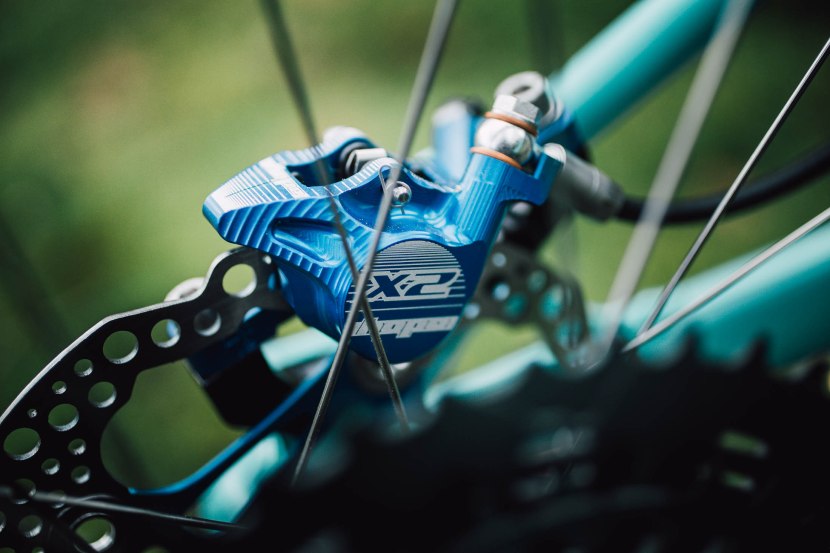 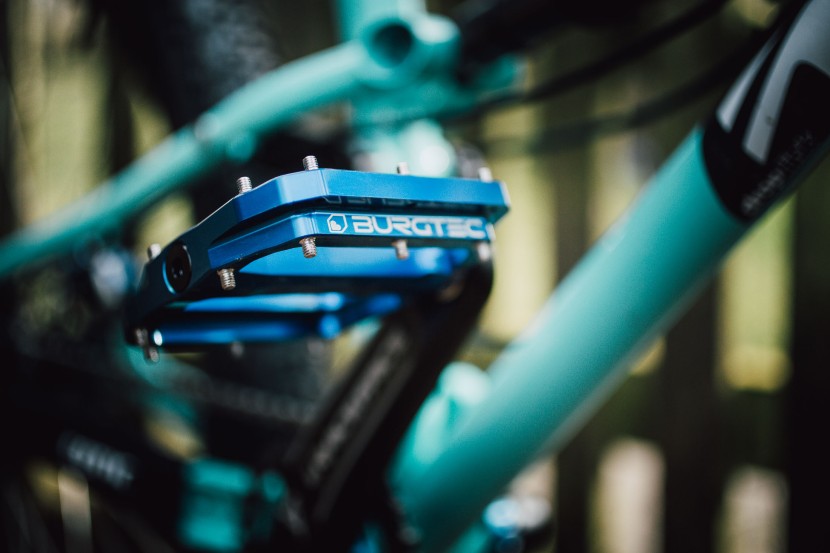 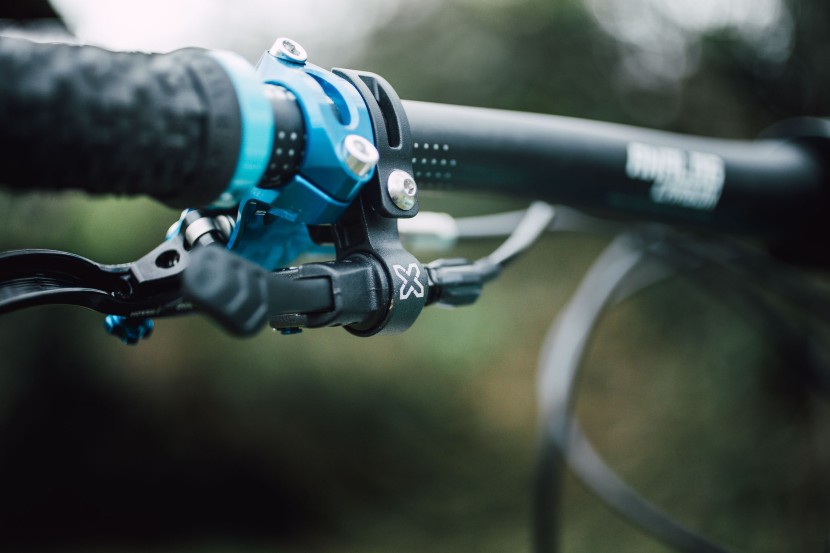 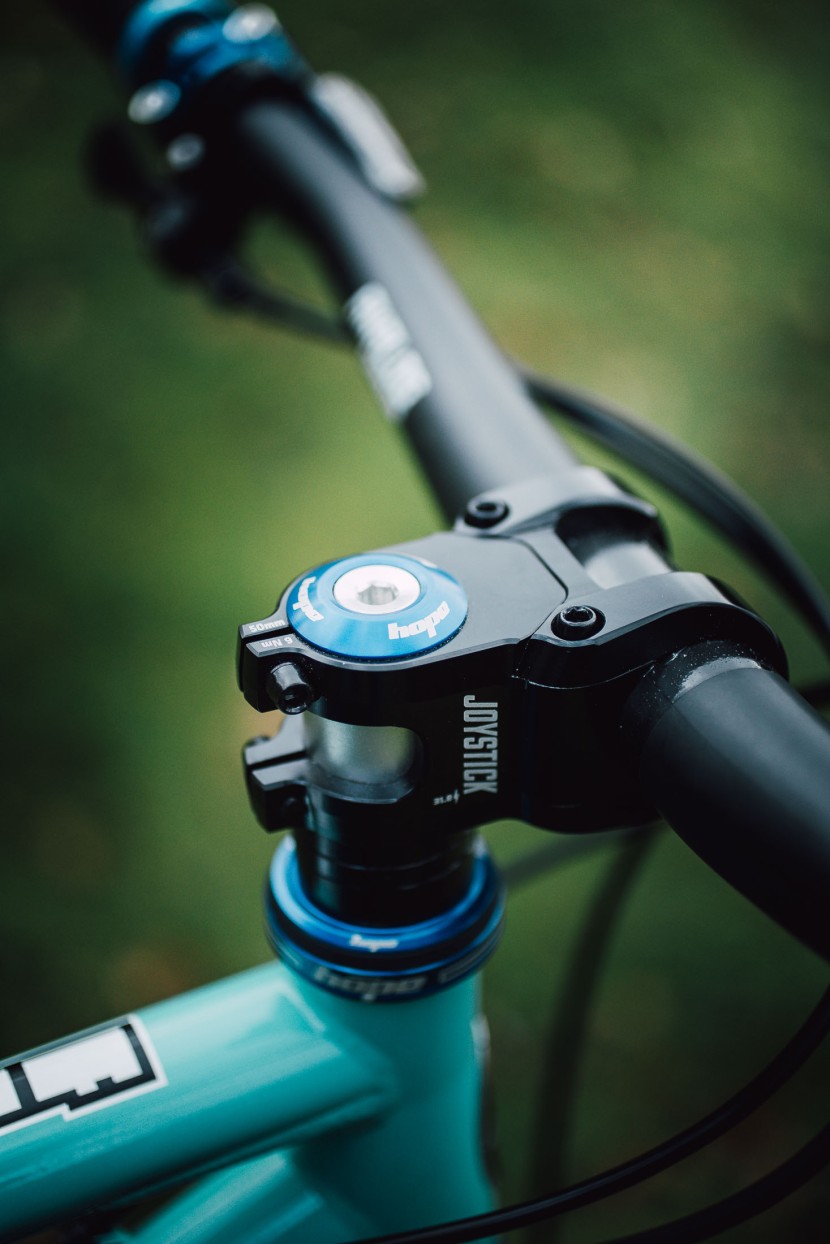 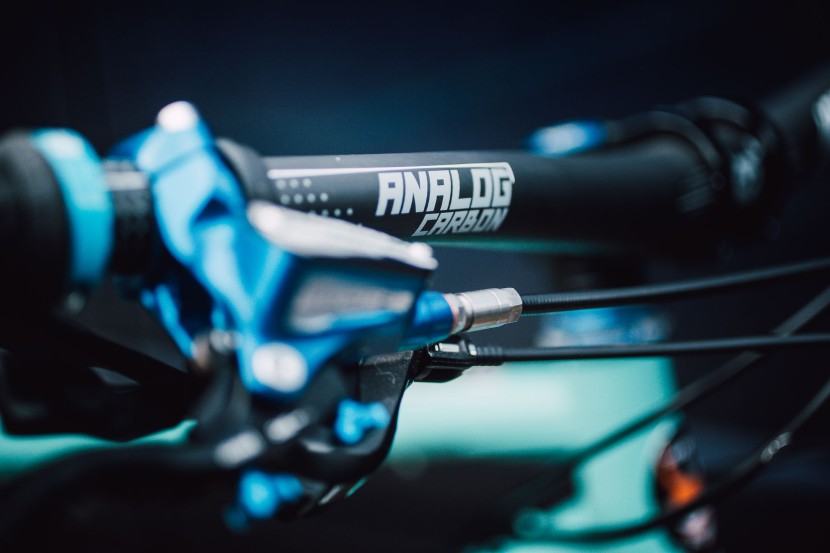 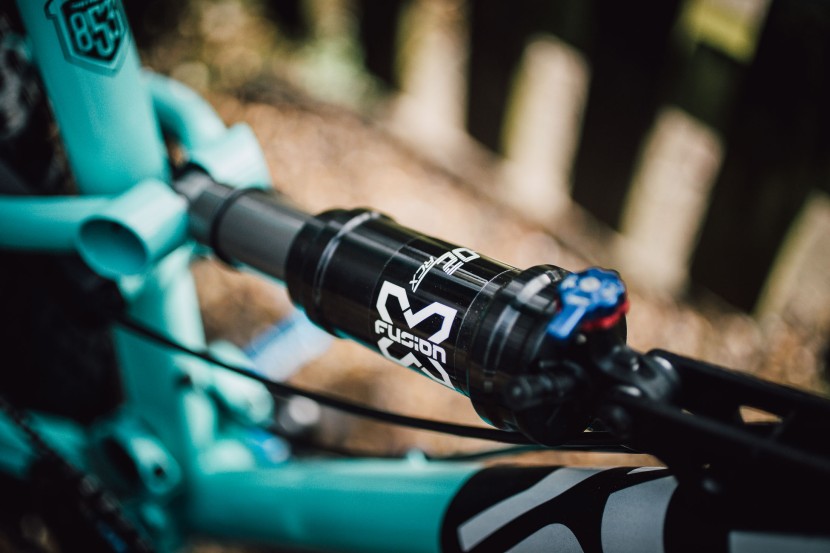 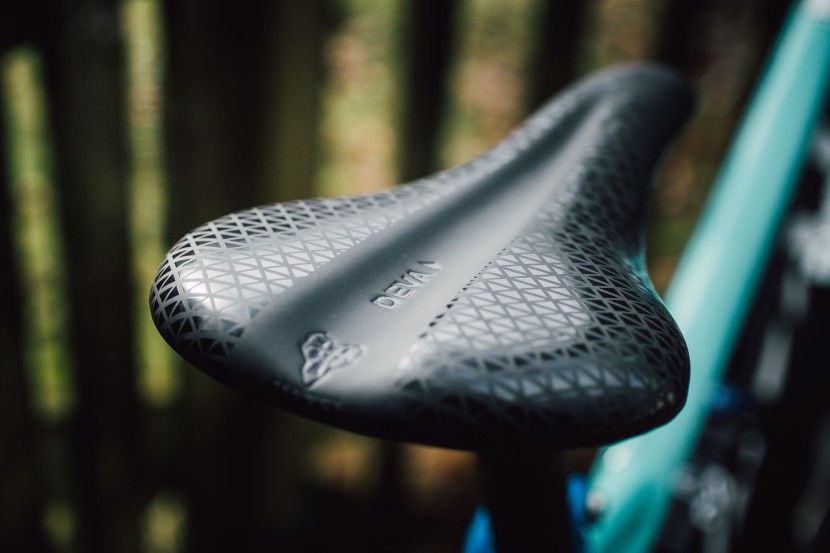