From Sir Chris Hoy’s comments on Lycra, to Tahnee Seagrave’s crystal downhill helmet: why it doesn’t matter what your kit looks like, so long as you feel good in it. 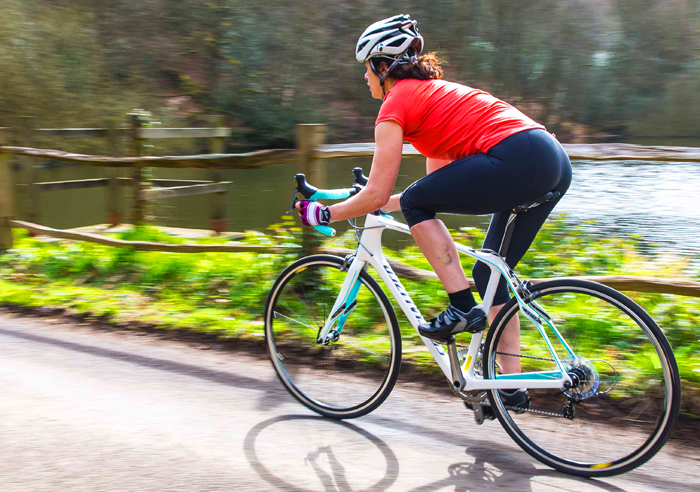 Me wearing lycra and a flipping’ big mtb leg bruise.

There’s been a bit of a kerfuffle this week about Sir Chris Hoy’s comments regarding the wearing of lycra :

“Lycra isn’t the most elegant material you can wear”, he says “and professional cycling gear generally looks awful on pretty much anyone heavier than eight stone and with more than five per cent body aerodynamic fat.”

He has since apologised  (what’s more, I am reliably informed that Sir Chris is a really lovely bloke) but his comments have prompted a great big debate about what to wear on a bike, especially if you are not particularly svelte, and I was reminded of a cyclist I met when I was training for Ride London a few years ago.

He was ahead of me on the road, wearing the lycra kit of a local cycling club. As I rode up to him he said hello and we got into a chat, as often happens when you meet another road cyclist and you’re both having a bit of a breather.

Turns out he was also training for Ride London – but while I was doing it as a journalist, he was doing it because he’d had a cancer scare the year before that had prompted him to quit smoking, lose five stone, and get fit. He was brimming with pride when he told me “My son has told me its great to not have a fat dad anymore”. He wasn’t exactly at Chris Froome levels of body fat – far from it, in fact –  but if wearing lycra was helping him to achieve his major lifestyle change, then he could go ahead and wear it 24/7 as far as I was concerned. 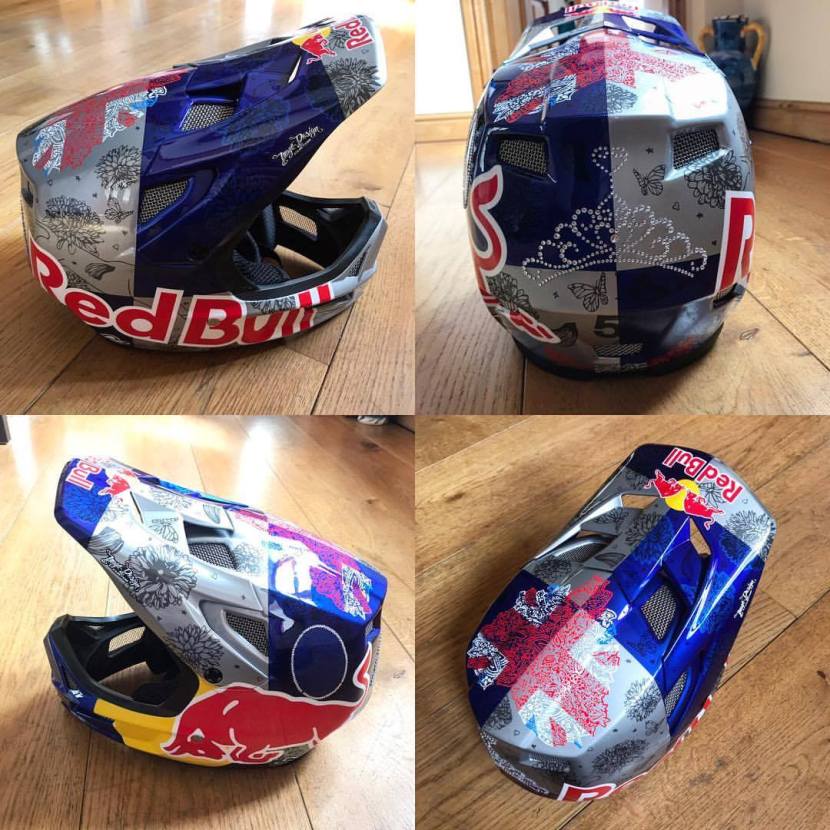 At the other end of the scale, downhill mega star Tahnee Seagreave recently unveiled her new and decidedly bling Red Bull sponsored helmet on Facebook. It literally has a princess crown made of crystals on it. To be honest I wouldn’t wear it if you paid me – but Tahnee loves it:

“OH MY GOD! Received this in the post today before flying out to World champs tomorrow. I am SPEECHLESS. The time and effort put in to this is overwhelming, it’s so personal and means so much to me.”

And you know what? If crystals float Tahnee’s boat then frankly she can go forth and spray paint the whole bike with them if she wants to, and then roll in them why she’s at it.

As I’ve said before, just because we ride bikes doesn’t mean we all want to wear the same thing – but let’s hear it for diversity, inclusivity – and wearing what you want*

(*except white, see-through shorts. Sir Chris was right about them).