The Grand Tour Cookbook and the Tour de Cuisine cookbook

The utterly beautiful and fascinating Grand Tour Cookbook is a visual feast as well as the pinnacle of ‘performance cooking’. It is compiled by Hannah Grant, the pro chef who accompanies the Tinkoff Saxo team to ensure a nutritious and consistent standard of food during events such as the Tour de France. This book is full of healthy – and mouth wateringly delicious – recipes as well as information to help understand the body’s requirments under extreme exercise stress.

The layout follows a 21 day ‘Grand Tour’ plan (including rest days!) with 21 evening meals of 3, 4 or 5 recipes each. Most are dairy or gluten free.

Recipes range from coconut chicken with ginger and lime (pro cyclists eat a lot of chicken, apparently!), to sashimi, cold buttermilk soup with beetroot to home made rice cakes. There is a little indulgence too: check out the recipe for hazlenut spread (with 70% chocolate) for proof of that.

The Grand Tour Cookbook is an investment at £40 – but if you enjoy healthy eating I think its worth every penny. Available here, along with more information.

The Tour de Cuisine is produced by BORA, stove top manufacturers and sponsors of Pro Continental tearm Bora Argon 18. It contains 200 favourite recipes from 53 pro cyclists (all men!) from 12 countries and is based on the belief that ‘intense physical exertion needs to be rewarded at the dinner table’ (not going to argue with that!!!). The book includes a short bio of each rider along side their favourite recipe, and ranges from soups and starters through to dessert. 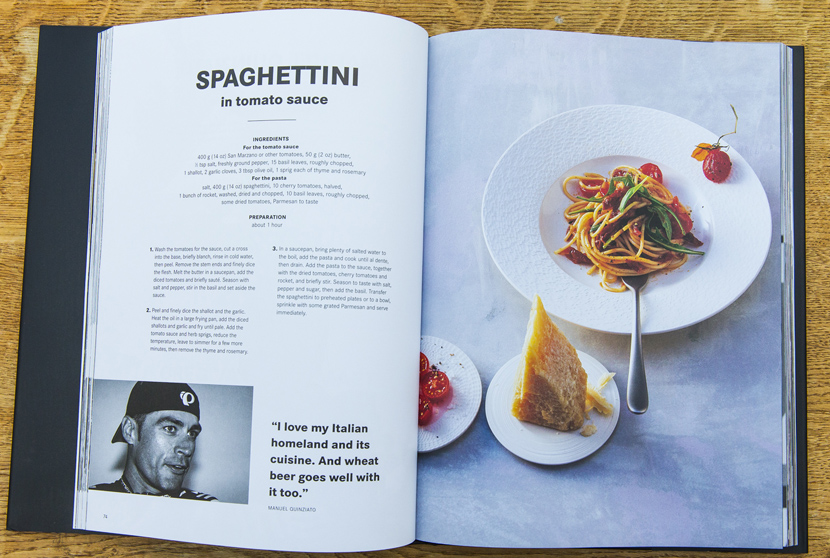 If you want to know more about the BORA-Argon 18 team mobile kitchen on the Tour de France take a look at this great video from GCN.